Delve into a world of books from your desktop with Dingle Lit taking place over the weekend of 19-22nd November. The literary festival has a wonderfully eclectic mix of authors and events for their 2020 programme, from Gabriel Byrne to Mary Kennedy, Cathy Kelly to Doireann Ní Ghríofa, cocktail making with Peaky Blinders and the celebrated Dingle Pie with Michelin-starred chef JP McMahon. All events are free and will stream on www.dinglelit.ie .

To pre-register for events and for full festival line up, see www.dinglelit.ie 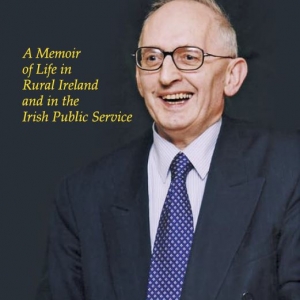 Fr. Tony’s new book ‘No Complaints: A Memoir of Life in Rural Ireland and in the Irish Public Service’ by Maurice O’Connell has just been published and is getting great reviews from family and friends.

Maurice O’Connell was Governor of the Central Bank of Ireland from 1994 to 2002 and was born in Moyvane on 5 May 1936. In this memoir, published posthumously, he recalls his childhood in county Kerry, his education and early adult years, and his long public sector career. As Governor of the Central Bank, and earlier as head of the relevant division in the Department of Finance, he was the key player at official level on behalf of Ireland in the emergence of the single European monetary area in the 1990s, the currency crisis of 1992-3, the introduction of the single European currency in 1999 and the changeover to euro banknotes and coins in 2002. His recollections of these events will be invaluable to historians of the European project as well as to historians of Ireland.

If you require any further information, please contact us at info@kerryassociation.ie