Death of an Ordinary Farmer

You are here: Home / Death of an Ordinary Farmer

Poignant tribute on death of ‘an ordinary farmer’ who worked hard and didn’t want to be eulogised – By Jim O’Brien – 24th July 2017 – (Independent.ie) 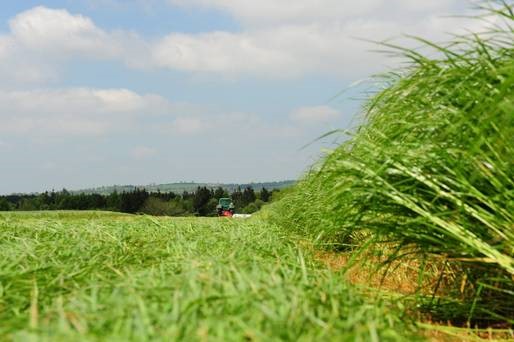 My father died recently. He was 89 years of age.

His was an ordinary life, little different from any farming man of his generation. He married his young love, a woman from the neighbouring parish, and they had 11 children. As he said him­self, “ ’Twas a small bed, we met often.”

He spent almost every healthy day of his life on the land until my mother became ill and he abandoned field and yard for kitchen and living room to care for her until that was no longer pos­sible. When his own health declined, he joined her in the local nursing home where they spent the last two years side by side, holding hands until he faded away.

He wanted no eulogy but gave instructions that his funeral Mass should have loads of songs. I think his aversion to the eulogy came from a fear that the ordinary would be made seem extraordinary and doing the right thing would be turned into the stuff of heroics.

Most certainly he would not want to be eulo­gised on the pages of a national newspaper. By their nature newspapers and news outlets thrive on the spectacular and the doings of people that are either villains or heroes. The lives of the vast majority of mortals who populate the mundane middle ground between these extremes don’t often make for very exciting copy.

Reflecting on my father’s life through the fog of grief and the clouds of tears, there is nothing in me that seeks to canonise or sanitise him. He was a farmer who worked hard, a breadwinner who provided, a husband who loved his wife, a father who loved his children, and a neighbour who loved a pint and a song.

When he married my mother in 1952, Ireland was in a hopeless condition. His four siblings had emigrated to America, like their aunts and uncle before them. When he announced to his father that he and his young wife were think­ing of taking the boat to England, the old man told him he’d give him the farm or the fare to America. My father took the farm.

He was a tough worker and a driven man who built the small holding he was given into a much larger one that ultimately specialised in dairying.

He was an early adopter of new methods and technologies and took advice when he got it. In transforming the place from a mixed farm, he replaced hedgerows with electric fences and bulldozed the more dilapidated stone walls to build the central roadway.

In later years, he reversed some of that. He thrived on hard work and thought we should all thrive on the same fare. My mother was his constant partner in farm and family, often keeping a critical eye on his plots and plans, making sure not every penny that came in the gate “went down the boreen”.

When it came time to retire, he passed on the farm and like many farmers in that position, he was prone to bouts of awkwardness, now that he was no longer master of all he surveyed.

But age mellowed him and he soon began to delight in the absence of responsibility. He moved down a few gears, sang a few more songs and liked nothing better than a long funeral. Counting the cattle at an out-farm took hours and included a snooze in the pick-up truck, fol­lowed by long conversations with any neighbour who happened to be leaning on a shovel near a gate as he passed.

He had a fine funeral last weekend. We stood for hours shaking hands, listening to stories, and greeting friends and neighbours. We had loads of songs at the Mass and the graveside, followed by more singing in the pub.

Before we closed the coffin, we put a fistful of grass from Creagán na Luachra, his favourite field, at his feet. As we laid him down, we placed a bunch of reeds from the thatch over him and sang his favourite songs.

Beside him there is space for the love of his life when that time comes. Isn’t it comforting to know that what abides is the love?