Death in London of Christy Kissane – a proud Irishman

You are here: Home / Death in London of Christy Kissane – a proud Irishman 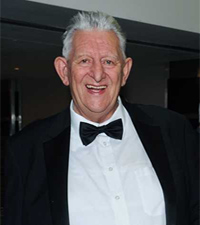 KERRY publican Christy Kissane was a proud Irishman, whose death on October 21st, 2015 leaves behind a massive legacy amongst London’s Irish community.

Mr Kissane was President of the Kerry Association London (KAL), and attended the organisation’s annual dinner at the Clayton Crown Hotel in Cricklewood just five days before his death.

Mr Kissane first arrived in England in 1963, where he worked on building sites before becoming a publican. He owned The Kingdom pub in Kilburn, North West London, which was often frequented by Kerry’s GAA stars and the Sam Maguire Cup.

Long-time friend of Mr Kissane, Danny O’Sullivan, who is Chairman of the Danny Sullivan Group, paid an emotional tribute to the man who was “the backbone for the Kerry people in Kilburn.”

His love for GAA also led him to take on the role as Chairman of Kingdom Kerry Gaels GFC in London.
Christy was a fantastic member of the GAA community. He’s never missed an All Ireland Final, except for one,” Mr O’Sullivan said. “He was [Vice]

Chairman of Kingdom Kerry Gaels and was responsible for keeping the club going for years. It shows his dedication to GAA.”

The club issued a tribute to the man, who served as a player, team mentor and committee member, for his long-standing service. “It is fair to say that the club will never be the same again, but will live on long in his memory,” said Kingdom Kerry Gaels coach Noel Dunning. “You were one of a kind Christy, and hopefully you’re up there in Heaven’s Croke Park watching Páidi and the other Kerry legends who went before you in action.”

At his funeral the pavements continued to fill with hundreds of Irish Londoners who travelled to bid farewell to the 69 year old who has stood as a pillar of Irish London for so long.

Some of the dark suits sported green ties and members of the Kingdom/Kerry Gaels GAA club stood waiting in a neat line – the club to which Kissane dedicated not hours but decades. Only weeks before, Christy Kissane was setting off for yet another All-Ireland final. Remarkably it would be his 53rd in 54 years away from home.

Now, Kerry’s county colours covered his casket as the hearse slowed for a last emotional call at the landmark bar. Conversations that accompanied the arrival of the hearse now fell quiet.

A lone piper wearing a kilt faced the hearse. His salute struck into a night now cooling. Passing cars slowed and heads craned to look. The only sound was that of stationary engines turning over and the lament of a piper now walking steadily towards Quex Road. Commuters looked down curiously from the upper deck of buses and Kilburn came to a standstill with steady streams of mourners spilling from the road back onto the footpath. Some raised phones to capture the size of the crowd with their cameras. The lights of the Coopers Arms pub were turned off as a mark of respect in time for the passing of the cortege. Patrons gathered outside and stood upright and silent.
“Kerry people do it their own way,” smiled one man from Clare.

A solemn crowd looked up the incline to the Church as Christy’s remains were carefully lifted from the hearse. Shouldering the casket, dark suited pallbearers stopped and set themselves for the steps. One man stood forward to adjust the green and gold flag across the coffin.

“It’s one of the biggest services I’ve seen,” observed long time Kilburn resident Gerry Rea. Using exaggerated arm waves, the priest sprinkled holy water on the casket and blessed Christy Kissane on his journey. Spotlights shining from the door of the church illuminated the falling drops of water. Then the casket moved slowly into the throng.

A Godfather of Irish London, a King of the Kilburn High Road was on his way home to Kerry.